Working for the section as who we are, what we do, where we are .

We are working together for the becoming of the section for social sciences. 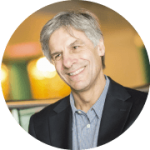 Gerald Häfner has been Head of the Social Sciences Section at the Goetheanum since June 2016. A former Waldorf teacher and journalist, Gerald Häfner is the founder of numerous initiatives and foundations, including, for example, ‘More Democracy’ and ‘Democracy International’. He also co-founded the German political party ‘Alliance 90/The Greens’, and was there State Party Leader and business director. Between 1987 and 2002, he was a member of the German Federal Parliament and, from 2009 to 2014, a member of the European Parliament. 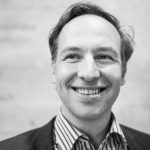 Andrea was born in Rome, Italy. He worked as a social banker for the alternative Bank GLS Gemeinschaftsbank and the GLS Treuhand in Bochum, Germany. Afterwards he became a Trustee of the Neuguss Holding in Berlin, which supports entrepreneurs in succession planning, inspired by the idea that companies should not be sold but find out the proper structure to realise their identity.  Since 2020 he started to work for the World Goetheanum Association and he took on project management activities for the Social Sciences Section at the Goetheanum. 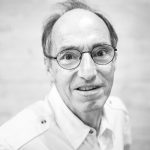 Peter Wassmer, born 1950 in the southern Black Forest, graduated electrical engineering. Since the turn of the century he has been working for an understanding of the social threefold structure. His goal is to link the various organizations and groups that deal with the threefolding in theory and practice. Therefore he is also involved – in addition to the Section for Social Science – in the “Initiative Netzwerk Dreigliederung” and the “Institut für soziale Dreigliederung” in Berlin. 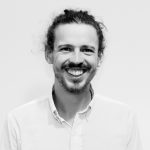 Paul was raised in Bielefeld, Germany, where he attended and finished Waldorf school. A volunteer service in Bangladesh (2014/15) opened his eyes to the inequalities in the world. Thus, Paul studied his Bachelor in Global Project and Change Management in the Netherlands in order to bring sustainable and fair transformation to the world. After writing his Bachelor thesis for and with the Economy for the Common Good in Vienna, he continued his inner search and studied Anthroposophy at the Goetheanum in 2019/20. Paul joined the section in May ‘20 and is responsible for communication, online representation, marketing and event organization. 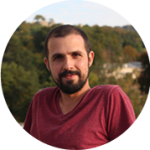 Juan was born in Buenos Aires, Argentina. He graduated in 2015 from University of Buenos Aires with a degree in Sociology, focusing on Latin American History, Human Rights and Social Movements. He worked as a coordinator of community banks for the NGO Nuestras Huellas, inspired by the experience of Muhammad Yunus’ Grameen Bank in India. Since the year 2016 he worked as project manager and communication leader for the Social Sciences Section at the Goetheanum. Even after returning to Argentina, Juan works remotely for the section. Inspired by the Threefolding Impulse, he is working for the WSIF, a project of the Section, the development of the ethical banking in Latin America and also collaborates with the Purpose Foundation in the continent. Since returning to Argentina, Juan works remotely for the section on request. 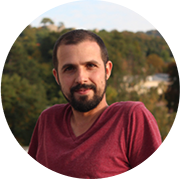 Juan was born in Buenos Aires, Argentina. He graduated in 2015 from University of Buenos Aires with a degree in Sociology, focusing on Latin American History, Human Rights and Social Movements. He worked as a coordinator of community banks for the NGO Nuestras Huellas, inspired by the experience of Muhammad Yunus’ Grameen Bank in India. Since the year 2016 he works as project manager and communication leader for the Social Sciences Section at the Goetheanum. 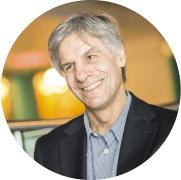 Gerald Häfner born in 1956 in Munich, publicist, Waldorf educator, head of the section for social sciences of the Free University of Humanities based at the Goetheanum in Dornach (Switzerland).

Co-founder and former chairman of the GRÜNEN, former MDB and MEP, founder and long-time CEO of MORE DEMOCRACY e.V. and DEMOCRACY INTERNATIONAL.

Studied Waldorf Education, Social Sciences and Philosophy in Munich, Bochum and Witten / R. Initiator and co-founder of numerous initiatives in the field of democracy, civil rights and constitution (including “IDEE” (“Develop Democracy Initiative”), “Board of Trustees for a Democratically Established Federation German Länder “,” Mehr Demokratie eV “,” Democratic Europe Now! “and” Democracy International “) as well as various foundations (eg” Federal Foundation for the Reconstruction of the SED Dictatorship “,” Petra Kelly Foundation “).

Co-founder of the party THE GREENS in Bavaria (1978) as well as in Germany (1979/80), from 1979 district chairman and regional manager and as well as 1990-1994 chairman of the national association Bavaria. 1987-1990, 1994-1998 and 2001-2002 member of the German Bundestag, there u.a. Chairman and member of the Legal Affairs Committee, the European Affairs Committee, the Rules of Procedure Committee, the Special Committee on German Unity and the Enquête Commission for dealing with GDR injustice and shaping German unity.

Author of numerous successful draft laws, in particular on questions of democracy and civil rights (including freedom of information, transparency, collective action, unjustification, founding a foundation, parliamentary reform, citizen participation, improvements in electoral law, etc.) as well as other areas (including the inclusion of environmental protection in the Basic Law, No Smoking Protection Act). Initiator and author of various bills on direct democracy, including the cross-party bill on the introduction of nationwide referendums (on June 7, 2002, with 348 votes in favor and 199 against, despite an overwhelming parliamentary majority, unfortunately just missed the 2/3 majority).

Working as an expert on democracy and constitutional issues, etc. in Germany for the German. Bundestag and for the provincial assemblies of Lower Saxony, Saxony, Saxony-Anhalt, Thuringia, Brandenburg, Schleswig-Holstein, Saarland, Hesse and Rhineland-Palatinate as well as numerous other parliaments in European and international countries. Author or co-author of several successful and legal and constitutional texts in these countries.

Founder and others the “Federal Foundation for the Recovery of GDR Wrong”, the “Petra Kelly Foundation” and a member of the Board of Trustees u.a. at the “Stiftung Mitarbeit” and the “Stiftung Evidenz”. Co-initiator of the first all-German citizens’ initiative and author of the memorandum for a new German constitution and the democratic organization of German unity. Longtime CEO of “Mehr Demokratie” e.V. and president of “Democracy International”, initiator of “Democratic Europe Now!” And “Europa Neu Denken”, co-initiator of the “Initiative zur Reform von Unternehmensrecht in Deutschland”.

2002-2005 Member of the Board of the Anthroposophical Society in Germany and since 2015 Head of the Social Sciences Section of the School of Spiritual Science at the Goetheanum (Switzerland).

“Adults need to live in a society that is economically social, governmentally democratic and culturally free.” 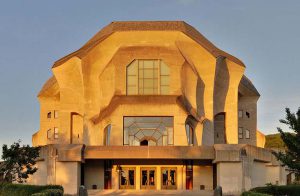